Today Peter Max has evolved from a visionary pop artist of the 1960’s to a master of neo-expressionism. His vibrant art has become a part of American culture.

My collection has grown over the years and I have been fortunate enough to have acquired these five beautiful paintings. It is time to move on and allow these magnificent paintings to be enjoyed and loved by other art lovers in the world.

By contacting me directly, you are talking directly to the owner of this beautiful Peter Max collection of five original oil on canvas paintings. 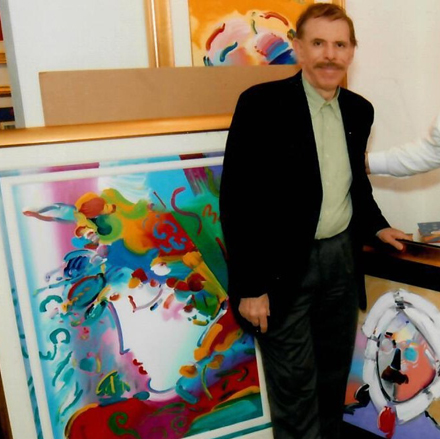 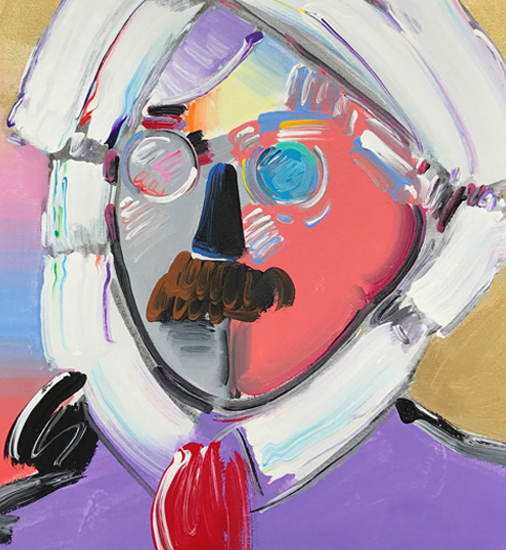 Andy with a Mustache 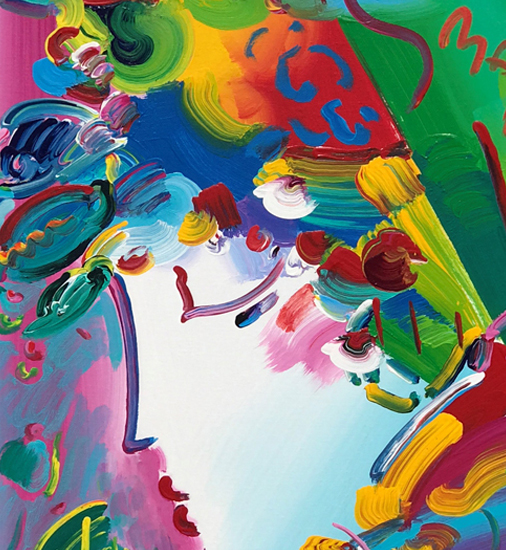 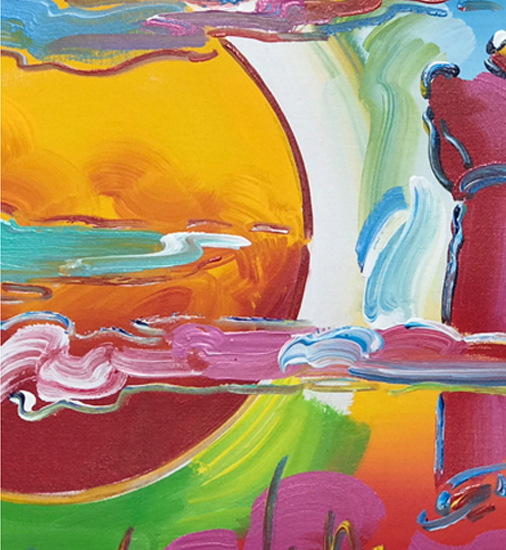 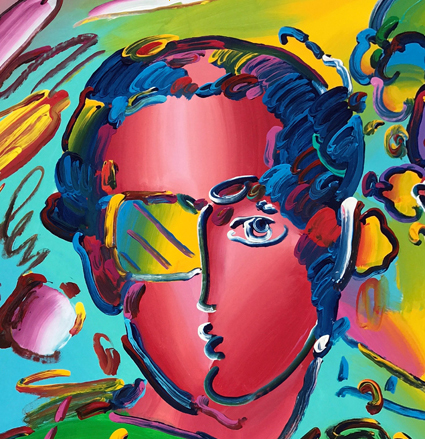 “Zero”, a Peter Max icon is in love with another Max icon: “Blushing Beauty”.

1st Time in 25 years Available to Own

Peter Max was born in 1937 in Germany. In 1938 he and his family fled the Nazis and moved to Shanghai, China where they lived for ten years before moving to Israel. In 1954 his family finally moved and settled in Brooklyn, New York.

Peter Max has been the official artist for; 1994 World Cup, the Grammy Awards, The Rock and Roll Hall of Fame and the Super Bowl. In 1976, he worked with Lee Iacocca of Chrysler to save the Statue of Liberty, creating a series that generated enough funding to restore the desperately worn landmark. He has developed new imagery, like Blushing Beauty, Zero Megalopolis, and The Umbrella Man which have become synonymous with America and American icons, especially the Statue of Liberty.

Today, Max has evolved from a visionary pop artist of the 1960s to a master of neo-expressionism. His vibrant and colorful works have become a lasting part of contemporary American culture.

Any questions, please call me.

I’m happy to dicuss any or all of the paintings.